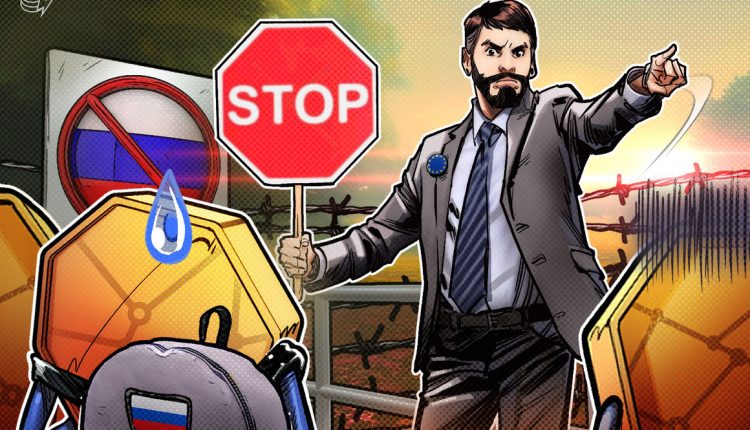 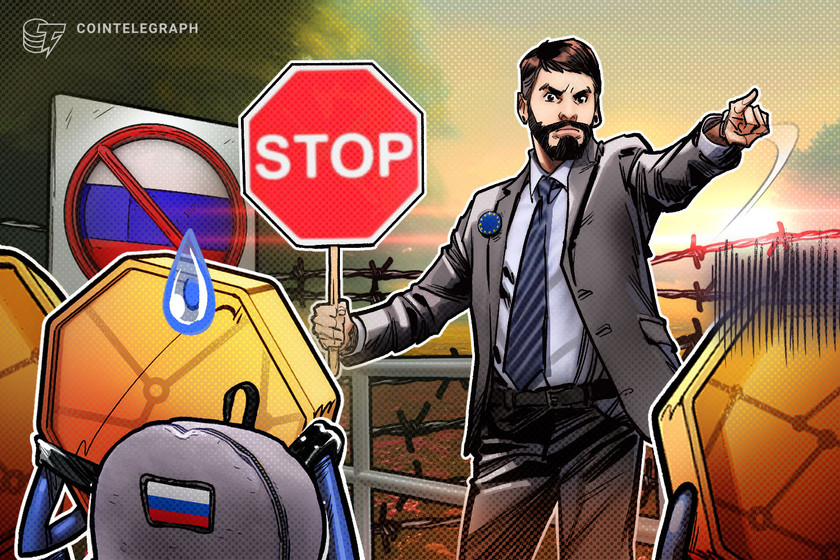 Nine months into the conflict between Ukraine and Russia, sanctions against the latter have continued to grow at an aggressive pace. This time around, legislators for the European Union announced that they are introducing a complete ban on all cross-border crypto payments between Russia and its citizens.

To elaborate, a prohibition of all “crypto-asset wallets, accounts, or custody services, irrespective of the amount of the wallet” has now been initiated by the EU in response to Russia’s continued annexation of Ukrainian land, repeated mobilization of troops within the country and threats of nuclear escalation.

It is worth noting that previous sanctions had limited cryptocurrency payments between Russian to EU wallets to around approximately $9,700, or 10,000 euros. The new ban seeks to deprive the Kremlin’s military power while curtailing critical components of its industrial complex.

Russian crypto users under fire from all corners

In light of the EU’s aforementioned sanctions, a whole host of cryptocurrency exchanges popular in the region, including LocalBitcoins, Crypto.com and Blockchain.com, issued emails to their customers telling them to withdraw their funds as soon as possible since they would be unable to make use of their services henceforth.

It is worth considering that as of September 2022, LocalBitcoins accounted for a whopping 8% of Russia’s crypto trade volume, the exchange’s largest client base by far. Moreover, before the ban, Russian users were responsible for facilitating just under 20% of all total BTC trading volumes on the exchange.

One of the world’s largest crypto exchanges, Binance, is also working toward implementing the new restrictions. However, a representative for the firm told Cointelegraph that these changes may take some time to go live, with there being no set date for the same. Similarly, Bitfinex, an exchange that had previously spoken out against the growing sanctions being levied against Russian nationals, recently changed its tune, claiming that it may have to amend its policies if “directed by the regulatory authorities” by which they are governed.

Lastly, earlier this month, popular blockchain developer Dapper Labs suspended Russian citizens from accessing its wide array of digital asset services. As a result, users from that side of the world will no longer be able to access the firms’ popular nonfungible token (NFT) marketplace alongside several other crypto products.

Impacts of the ban

To better understand the situation, Cointelegraph reached out to Ajay Dhingra, head of research and analytics for cryptocurrency exchange Unizen. Taking a more holistic approach toward the matter, he highlighted that one primary use case of digital assets is to assist citizens of a country at war to protect their savings, adding:

“The ban will bring pain to Russian retail and some financial institutions. Given the fact that BTC experienced sharp appreciation in price when the war broke out, European Authorities took note of this loophole in their strategy to curtail and suffocate Russia.”

Similarly, Przemysław Kral, CEO of Zonda — one of Eastern Europe’s largest exchanges by volume — told Cointelegraph that the sanctions, along with the EU’s yet-to-be-finalized Markets in Crypto-Assets regulation, which will be enforced by the EU’s Financial Action Task Force, can potentially redefine the region’s crypto landscape for the foreseeable future, adding:

“As the situation escalates, irrespective of their personal views on crypto regulation, the decision by exchanges to comply with the new EU sanctions is a moral and ethical responsibility that all companies should carefully consider.”

What happens to the ruble pairs held by these exchanges?

In the past, regulators have taken a heavy hand with exchanges that continue to allow citizens of blacklisted countries to trade on their platforms, which leads to the question: What will exchanges with massive volumes of rubles trading pairs do with these assets? Dhingra said:

“This time, they will be cautious, given the brevity of the situation. The exchanges are now left with no option but to realize major losses on their balance sheets. However, the ban will bring decentralized finance back into the spotlight, as it provides a censorship-resistant and easily accessible infrastructure for people living in a geopolitical turmoil.”

Kral noted that as of now, it is unclear whether exchanges will be forced to return funds to Russian users, block access to them or freeze their accounts until sanctions are lifted. Lastly, he highlighted that Zonda closed all Russian-held accounts during the first round of sanctions back in May, returning all ruble-paired assets to their rightful owners.

Many exchanges still operational amid ban

As highlighted previously, even though Binance is still considering limiting its services for Russian users, it is currently operating as per usual. Similarly, United States-based exchange Kraken has not laid any impositions on its Russian clients, with there being no indication as to whether or not it decides to voluntarily adopt EU requirements.

Another popular exchange that has yet to initiate any sort of ban is Antigua and Barbuda-based FTX. The same has been the case for the popular Russian cryptocurrency platform Garantex, which still provides traders in the region with a wide range of advanced services such as futures and derivatives.

Other popular platforms operating in the region include Seychelles-registered Huobi Global, OKX, Kucoin and Mexc Globa. In fact, Singapore-registered Bybit told a crypto outlet that it will continue to stand by its ethos of freedom, transparency and decentralization and not impose any sanctions against Russian clients, many of whom may or may not even agree with the war or the stance taken by their leaders.

Recent: The state of crypto in Western Europe: Swiss powerhouse and French unicorns

Lastly, it should be noted that United Kingdom-based crypto exchange Exmo, which is extremely popular across Eastern Europe, recently sold its Russian business to a local vendor earlier this year. The platform continues to remain operational in Russia and its neighboring nations of Belarus and Kazakhstan via its Exmo.me domain name.

Thus, as the war between Ukraine and Russia continues, it will be interesting to see how crypto companies operating in the region adapt to new and shifting geopolitical realities.