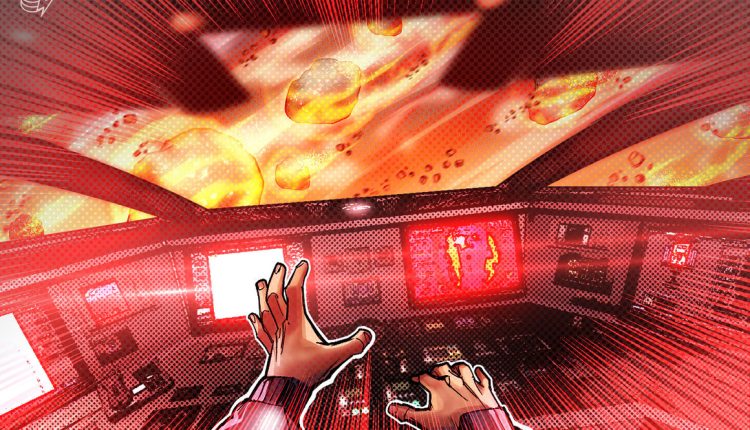 The world’s third-largest cryptocurrency exchange, FTX, started the year with a $400 million Series C funding round, taking its valuation to over $32 billion. Ten months later, the crypto exchange is staring down the possibility of bankruptcy after its bid to be acquired by Binance failed.

FTX was seen as one of the largest global crypto players as it established itself with multiple mainstream brand and sponsorship partnerships and billions in fundraising. The crypto exchange’s finances were never in question, given it bailed out multiple lending firms during the crypto contagion in the second quarter of 2022. However, things took a wild turn in the second week of November.

It started with a report about Alameda Research’s illiquid FTX Token (FTT) holdings and the discrepancy in the market cap of FTT. The liquid market cap of FTT tokens was about $3.35 billion, while Alameda held about $5.5 billion worth of FTT in collateral and debt leverages.

The report was followed by Binance CEO Changpeng Zhao taking to Twitter to announce that they are liquidating all their FTT holdings which the exchange received as part of its exit from FTX equity last year. Binance received roughly $2.1 billion cash equivalent in Binance USD (BUSD) and FTT. However, more than the liquidations, it was the wording of Zhao’s tweet that drew attention. He said that they don’t support people who “lobby against other industry players behind their backs.”

Liquidating our FTT is just post-exit risk management, learning from LUNA. We gave support before, but we won’t pretend to make love after divorce. We are not against anyone. But we won’t support people who lobby against other industry players behind their backs. Onwards.

Zhao’s sly against Sam Bankman-Fried and his lobbying efforts against the decentralized finance (DeFi) market created a panic in the market, leading to heavy selling of FTX’s native token, FTT. Bankman-Fried came out the next day to ensure that everything was fine with the exchange and that a competitor was creating FUD. However, that didn’t help Bankman-Fried’s case or the decline of FTT as the token continued to bleed and the price fell below $20, putting pressure on FTX.

Just a day after assuring the crypto community that everything was fine and FTX had the funds to back customers’ assets, Bankman-Fried announced that FTX was in a deep liquidity crisis and that it was working on a plan to sell its global exchange to Binance. Some 48 hours later, Binance said that after looking at FTX’s internal books, it realized the situation was too advanced for it to help and backed out of the deal.

As a result of corporate due diligence, as well as the latest news reports regarding mishandled customer funds and alleged US agency investigations, we have decided that we will not pursue the potential acquisition of https://t.co/FQ3MIG381f.

Another report stated that Bankman-Fried asked for $8 billion in emergency funding to make up for user’s withdrawals, indicating there was misappropriation of user funds as well.

Looking at the numbers, it is clear why Binance decided to withdraw from the deal, as the $8 billion shortfall represents almost 20% of the Binance market cap after the recent slump.

Rob Viglione, CEO at Web3 infrastructure firm Horizen Labs, told Cointelegraph that the ongoing scenario could never happen in traditional finance as the United States Federal Deposit Insurance Corporation(FDIC) and Federal Reserve system provide regulatory oversight and act as a backstop. In the case of FTX he stated:

“Here we had a web of financial obligations sitting on top of a volatile digital asset, FTT, that people seemed to forget can lose all liquidity in a crisis. The proximate reason, though, seems to be something akin to financial warfare in that a major holder, Binance, decided to suddenly dump all of their holdings on the spot market at once. This was done intentionally to crash the price and to collapse the web of financial obligations that ran across multiple organizations, probably in full recognition that many people would be hurt in the process.”

When Bankman-Fried said the exchange was liquid, it may indeed have been the truth. The only problem being the exchange was heavily liquid in FTT, which it was also using extensively as collateral.

“It looks highly likely that a run on the exchange has revealed them to be operating on a fractional reserve basis after engaging in rehypothecation of customer assets to effectively bail out Alameda Research, the prop trading firm that was also founded by [Bankman-Fried], which became a zombie due to sustained losses. Simply put, they used a scheme involving overvalued junk collateral to raid the piggy bank and now the customers are left holding the bag.”

Never use a token you print as collateral

The biggest culprit for FTX’s downfall turned out to be its associate firm, Alameda Research, and its own native token FTT. While crypto lenders like Three Arrows Capital and Celsius were struggling to cope with the Terra crash, Alameda managed to sail through the crisis. But, now it seems the trouble started brewing for the firm in the second quarter itself.

As Cointelegraph previously reported, a Sept. 28 transaction of 173 million FTT, worth approximately $4 billion at that time, indicates FTX might have bailed out Alameda during the crypto contagion, knowing well that 173 million vested FTT will be released in September.

According to on-chain data, FTT token supply increased by 124.3% on Sept. 28 when 173 million FTT tokens were created by a 2019 contract with Alameda as the recipient. Alameda then sent the entire newly minted FTT back to an FTX address, which led many to believe it was a return of debt. Rumors then abounded that FTX bailed out Alameda using unreleased FTT as collateral.

Lucas Nuzzi, the head of the crypto analytic firm Coinmetric, believes FTX not only helped Alameda from imploding but subsequently saved 173 million vested FTT from liquidation. This theory was later confirmed in a Reuters report that suggested Bankman-Fried transferred at least $4 billion in FTX funds, secured by assets including FTT and shares in the trading platform Robinhood Markets Inc. A portion of these funds were customer deposits.

1/ I found evidence that FTX might have provided a massive bailout for Alameda in Q2 which now came back to haunt them.

40 days ago, 173 million FTT tokens worth over 4B USD became active on-chain.

Eric Chen, CEO and co-founder of DeFi research form Injective Labs, told Cointelegraph that FTX’s unchecked native token FTT-based liabilities increased to a point where it was impossible for the exchange to come back. He explained:

“FTX was in a position in which their liabilities far exceeded their assets. Essentially, it was reported a few days ago that Alameda’s balance sheet was not very healthy. Alameda is closely tied to FTX and the firm also held a significant amount of their assets in the native FTX Token. As the value of FTT began to fall precipitously, Alameda likely could no longer cover their liabilities which led to a major whole across the FTX balance sheet.”

Alameda had nearly $15 billion in assets by the end of June, with $3.66 billion of “unlocked FTT,” along with $2.16 billion in FTT collaterals. Joshua Peck, founder and chief investment officer at crypto hedge fund Truecode Capital, told Cointelegraph:

“It appears that they have used this token to transfer customer funds from FTX to the Alameda hedge fund also owned by Bankman-Fried in exchange for collateral they could create out of thin air.”

He added that if Alameda had been able to return the funds, clients would not have been at risk, but “it appears they made illiquid investments, so client funds would have required the sale of a number of interests ranging from tokens locked in smart contracts to venture investments, many of which are currently virtually valueless if sold at market value today.”

Sam Bankman-Fried was once seen as a prominent crypto personality with numerous successful fundraisers, mainstream sponsorship deals and a series of funding for other crypto startups. However, the public’s perception of Bankman-Fried took a wild turn after he was found lobbying for a bill that aims to curtail the budding DeFi market.

The DCCPA draft bill was leaked online and proposed to eliminate anonymous crypto projects, with decentralized autonomous organizations and crypto exchanges required to legally register in the United States.

Bankman-Fried’s heavy funding of the United States mid-term elections — rated at around $50 million — added to rumors of his lobbying efforts to get ahead of the competition caught up with him.

Some in the crypto community have posited that his lobbying efforts in the United States, added to his notorious taunts against Zhao, were the key reasons that Zhao decided to publically liquidate FTT and call out Bankman-Fried, despite Zhao stating that it was a business decision.

Apart from his interest in politics and lobbying for the crypto industry, Bankman-Fried is a big gamer as well, a hobby that, according to some, cropped up during business hours.

According to a blog post from Sequoia Capital, one of the biggest investors in FTX noted that Bankman-Fried was playing League of Legends, a popular multiplayer online game, during the fundraising rounds. An excerpt from the blog post read:

“‘I sit ten feet from him, and I walked over, thinking, Oh, shit, that was really good,’ remembers [Ramnik Arora, FTX’s head of product].‘And it turns out that that fucker was playing League of Legends through the entire meeting.’”

The downfall of FTX may go down as one of the biggest self-inflicted wounds for the crypto industry, a tragedy that could have been avoided if FTX was only as transparent as it’s CEO has previously claimed. The fall has also invited heavy scrutiny from the regulators with reports of a possible investigation into FTX’s sister company in the United States.

The FTX crisis highlights the grave issue of centralization in the crypto ecosystem, which ironically is built on the ethos of decentralization. In the absence of clear regulatory guidelines, many more giants like FTX will self-implode due to opaqueness in the decision-making process. By the time these debacles come to light, it’s too late to save the firm from falling apart. This was evident during the crypto contagion as well when Terra imploded and brought down numerous crypto-lending firms along with it.

Recent: Some central banks have dropped out of the digital currency race

The exchange’s demise is certainly a massive event after the Terra crash earlier this year. Marius Ciubotariu, core contributor to Hubble Protocol and Kamino Finance on Solana, told Cointelegraph:

“People have already been suffering for the past few months from the collapse of Terra and 3AC to the woes facing miners. Indeed, this is probably bigger than Terra as nobody was expecting it. It looks likely this could prompt the final leg down in the current crypto winter. The biggest question that currently remains unanswered is how lenders are faring right now. The fear is that this could cause loans to fall like dominoes across the cryptocurrency market. Many will be watching keenly to see what happens here.”