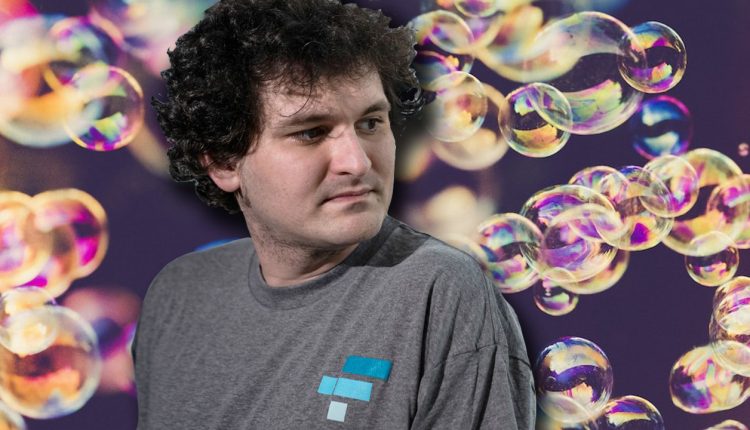 Amid the latest bankruptcy case filed by FTX Trading Ltd., U.S. regulators want to crack down on crypto exchanges, and a class action lawsuit has been issued against former FTX CEO Sam Bankman-Fried (SBF) and 12 celebrities. However, this is not FTX’s and Alameda Research’s first rodeo with the U.S. court system and financial investigations. After FTX launched in 2019 and following the release of the exchange token FTT, FTX and Alameda faced a lawsuit filed on November 2, 2019, that accused the companies and executives of engaging in racketeering practices and crypto market manipulation.

FTX, Alameda Research, Sam Bankman-Fried (SBF), and the firm’s associated executives have been in the spotlight for two weeks after Alameda Research’s balance sheet was leaked and Binance’s CEO Changpeng Zhao (CZ) mentioned Binance was dumping all of its FTT tokens. Now FTX Trading Ltd. and more than 130 associated companies have filed for Chapter 11 bankruptcy protection and the firms are currently being investigated by authorities from various jurisdictions.

While investigators polish off their magnifying glasses and lawyers prep their written defenses, a lot of people are unaware that FTX was accused of racketeering, selling unregistered securities, and crypto market manipulation three years ago. The lawsuit filed on Nov. 2, 2019, was registered by attorneys for Bitcoin Manipulation Abatement LLC (BMA). The lawsuit alleged that the “racketeering activity exceeded $150,000,000, which were misappropriated from numerous cryptocurrency traders.” The evidence BMA highlights in the lawsuit is an alleged attempt by Alameda to manipulate the bitcoin futures market, and more specifically the Binance SAFU futures market.

According to BMA, on Sept. 15, 2019, 255 bitcoins were dumped on the BTC futures market in a “two-minute time interval.” BMA further claims that SBF changed his residence location on online profiles from Berkeley California to Hong Kong after the Sept. 15, 2019 incident occurred. The lawsuit also accuses FTX and Alameda Research of being a singular entity, rather than two separate companies.

The court filing also suggests that the CEO of Binance, Changpeng Zhao (CZ), was aware of the Sept. 15, 2019 futures trade that BMA dubbed as “illicit price manipulation.” The filing shares a number of tweets that CZ made when the incident happened in September 2019, and a number of crypto supporters believe that was the event that created the initial bad blood between FTX and Binance executives. However, on Sept. 15, 2019, CZ tweeted that he chatted with “the client,” and he said it was an accident due to a bad parameter on their side. The Binance executive mentioned it was “not intentional” and it was “all good now.” The lawsuit also shows that Alameda Research was featured on the top traders list on the crypto derivatives exchange Bitmex.

Moreover, BMA’s lawsuit accused Alameda of regularly using and switching multiple trading accounts. In 2019, Bitmex’s trader leaderboard indicated that Alameda’s BTC trades equated to $154 million, and it was the third-best trader by notional volume on the leaderboard.

The lawsuit accused SBF, FTX, Alameda, and associated executives of unlicensed money transmission, racketeering, selling unregistered securities, wire fraud, price manipulation, and “at least two acts of interstate transportation of stolen property.” BMA’s lawyers said that each one of the defendants were “liable, jointly and severally” and in the “amount of triple of BMA’s losses, which is $41,189,266.80.” The filing concludes that BMA “is entitled to punitive damages in the sum of $150,000,000.” After the filing was registered on Nov. 2, 2019, a summons was reportedly issued to FTX, Andy Croghan, Caroline Ellison, Constance Wang, Gary Wang, Darren Wong, Alameda Research, and SBF on Nov. 5. At the time, FTX execs denied a summons occurred. Despite all the allegations against FTX, Alameda, and its associated executives the case did not last very long.

By Dec. 16, 2019, a notice of voluntary dismissal was submitted to the court, and the case was closed with prejudice. SBF had tweeted about the case being dismissed on social media, and the former FTX CEO’s tweet led to a blog post titled the “nuisance suit” about the lawsuit dismissal. The blog post claims executives were not served and a “complaint written by a lawyer against Alameda has been circulating on the Internet.”

The blog post contended at the time that the “nuisance suit” was a joke created by a “troll,” and that the suit provided zero evidence to bolster the case. “The nuisance suit is riddled with laughable inaccuracies, including mistaking the entire business model of Alameda,” the blog post’s author insists. The blog post’s writer further adds:

The troll has no evidence of any wrongdoing, and will not further discover any — because there was no wrongdoing to discover evidence of. Instead he attempts to cite the analysis of sh**posted conspiracy theories on Twitter out of a desperate attempt to construe some sort of suit.

FTX was much smaller when the lawsuit was filed and did not become the $32 billion-dollar behemoth until two years later. The BMA lawsuit got very little media attention compared to what FTX and its related companies are seeing today. The blog post shared by SBF on Nov. 3, 2019, concludes by insisting that “Alameda nor any of the other named defendants have ever manipulated the market for bitcoin or other cryptocurrencies.”

Much like a myriad of theories reported on over the last few years, the BMA lawsuit was shrugged off as a “conspiracy theory,” and SBF became one of crypto’s top influencers and was compared to financial moguls like J.P. Morgan a few weeks before his exchange collapsed.

What do you think about the lawsuit filed against FTX, Alameda, and SBF back in November 2019? Let us know your thoughts about this subject in the comments section below.

US Sen. Warren and Durbin demand answers from Bankman-Fried and his successor at FTX