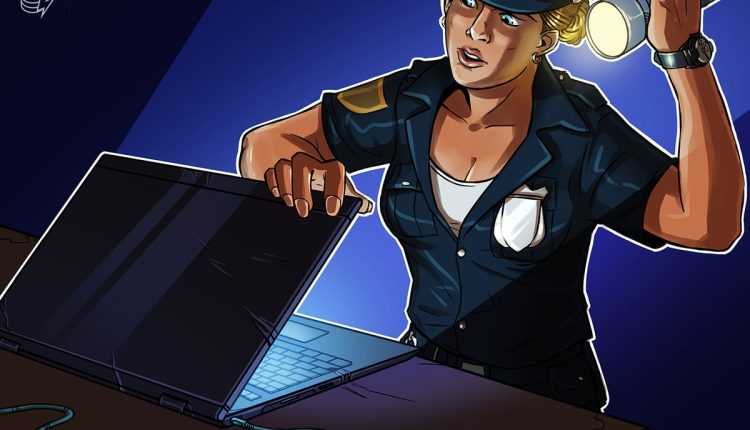 While self-custody is considered the ultimate way to secure one’s funds, many fail to acknowledge the risks associated with physically storing seed phrases. A search conducted by the State Police agency for Nevada ended up making a suspect’s seed phrase public after being picked up by the body cam.

A viral video making rounds on Twitter showed two police officers searching a suspect’s car and coming across pieces of paper. It turns out that the suspect was a strong believer in self-custody as unfolding the pieces of paper revealed the suspect’s seed phrase, which was hand-written — a popular method to prevent online compromises.

As the incident got recorded by one of the officer’s body cameras, the suspect’s seed phrase has now become public information.

This video of cops in Nevada searching a suspect and finding a seed phrase is pretty wild. Imagine having your seed phrase become part of public record due to it being captured by an officer’s body camera! pic.twitter.com/vS2vm0xh7N

“I am a proponent of free choice. Feel free to hold your crypto anyway you wish. But learn the risks of each method.”

The video sparked conversations around the best way to store seed phrases, with the most popular suggestion being memorizing the seed phrase. While the idea of learning the seed phrase — a unique combination of 12 or 24 words — by heart sounds safe, CZ pointed out that lack of inheritance and the forgetfulness of the human mind are two of the biggest flaws when it comes to storing important information on the “brain wallet.”

Related: How to keep your cryptocurrency safe after the FTX collapse

The arrest of former FTX CEO Sam Bankman-Fried for alleged misappropriation of funds was perceived as a cue to rethink long-term storage strategies of cryptocurrencies.

While an immediate reaction was to pull out the funds from crypto exchanges, the CEOs came forward to reassure the investors’ fund’s safety regardless of where they intend to store their cryptocurrencies.

On the other side of the spectrum, Ray Youssef, the CEO of the crypto exchange Paxful, sided with the idea of Bitcoin (BTC) self-custody. He promised to send weekly reminders to all investors to move their funds away from the exchange.

“My sole responsibility is to help and serve you. That’s why today I’m messaging all of our [Paxful] users to move your Bitcoin to self-custody. You should not keep your saving on Paxful, or any exchange, and only keep what you trade here,” he stated.