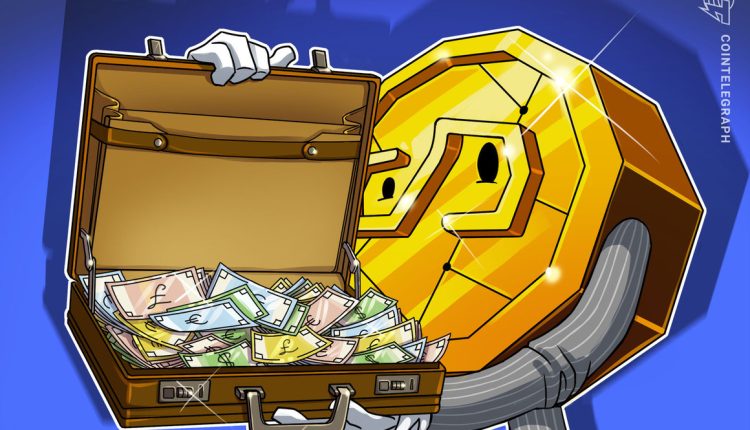 Near Protocol’s in-house stablecoin, USN, recently became undercollateralized, forcing Near Foundation to recommend winding down USN to prevent a situation similar to the Terra (LUNA) and TerraUSD (UST) collapse. Supporting this move, the Near Foundation opened up a $40 million fund to protect investors and help them cash out of USN with equal amounts of wrapped Tether (USDT.e).

On Oct. 24, Near Foundation revealed setting up a $40 million fund, allowing eligible USN holders to redeem their USN tokens on a 1:1 basis with USDT.e. The program was launched after Decentral Bank (DCB), the issuer of NEAR-native stablecoin USN, raised concerns about the stablecoin depegging due to algorithmic failure.

In response to a recent issue with USN, the @NEARFoundation is funding a protection Programme to safeguard USN holders.

The USN Protection Program aims to cover the collateral gap of $40 million, which the foundation confirmed was not linked to the Near Protocol (NEAR) token price. Taking proactive measures to protect investors from a possible collapse, Near stated:

“The NEAR Foundation is recommending that DCB wind down USN in an orderly manner. To assist with this process, the NEAR Foundation has provided a $40m USD grant to a subsidiary of Aurora Labs – one of the NEAR ecosystem’s most prominent contributors – to set up the USN Protection Programme.”

The grant was provided to an Aurora Labs subsidiary and was immediately made available for users to exchange their depegged stablecoin tokens. However, redemptions will begin only after DCB commences the winding down process.

According to DCB, USN tokens were no longer algorithmic after the initial algorithmic version of USN (v1) was upgraded to v2 — making the stablecoin “susceptible to undercollateralization during extreme market conditions.”

While the eligibility criteria for investors were not disclosed, Near confirmed that the drive will remain active for one year until 24th Oct. 2023. Furthermore, Near announced plans to set up a stablecoin-centered funded initiative that prevents collateralization-related issues to safeguard the investors from such catastrophes.

Near Foundation has not immediate responded to Cointelegraph’s request for comment.

While Gruenberg raised concerns about the ever-evolving use cases and business models of crypto-assets, the FDIC confirmed its efforts to gather crucial information to aid it in comprehending and eventually providing supervisory feedback on crypto assets.

Zuckerberg’s $100B metaverse gamble is ‘super-sized and terrifying’ — Shareholder

Bitcoin price consolidation could give way to gains in TON, APE, TWT and AAVE