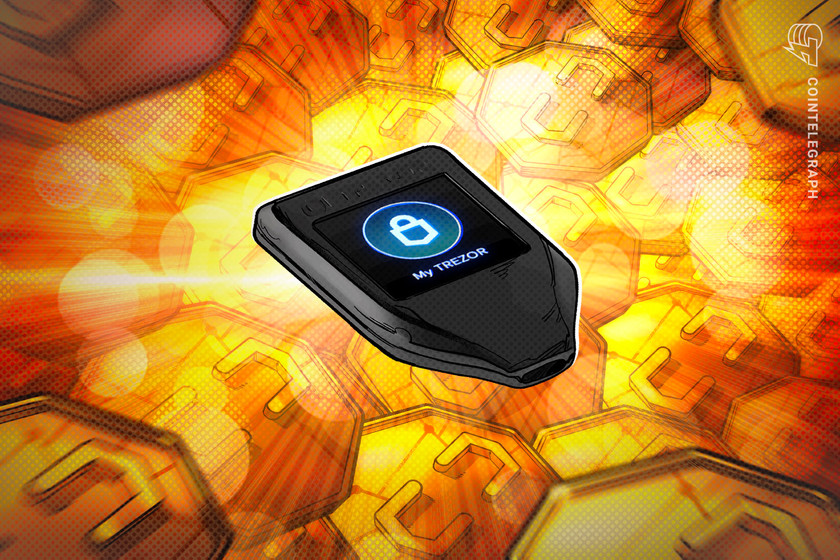 The legal dangers of getting involved with DAOs –…

What is a crypto index fund, and how to invest in…

The hardware wallet industry has emerged as one of the most resilient sectors to the ongoing cryptocurrency winter, with issues like the FTX crash bringing in even more cold wallet sales.

The bear market of 2022 has once again reminded crypto investors of the importance of self-custody and independence from centralized exchanges (CEX).

As a result, some major CEXs like Binance has increased their investment exposure to hard wallet firms, while CEO Changpeng Zhao even suggested that CEXs may no longer be necessary in the future. Should it be the case, the crypto industry of the future will be quite unlike the existing one because the business model of hardware wallets is very different from that of CEXs.

One massive difference is how hardware wallets make money because — unlike CEXs — cold wallets don’t charge any fees for most transactions by design. But selling devices cannot be the sole revenue stream for cold wallet manufacturers due to a number of reasons, including that hardware wallets are durable devices that don’t often need upgrades.

So, how do hardware wallet manufacturers actually make money? Cointelegraph reached out to several cold wallet providers to discuss the issue to better understand their business model.

How long does a hardware wallet last?

There is no clear answer on how long a hardware cryptocurrency wallet is able to last, partly because the world’s first-ever cold wallets are still working properly.

Czech Republic-based hardware wallet firm Trezor was the first company in the world to officially release a cold wallet back in 2014. After eight years, the Trezor One model is still one of the most popular hard wallet devices, with many customers still using their first generation of Trezor devices, Trezor brand ambassador Josef Tetek told Cointelegraph.

“Trezor devices come with a two-year warranty. However, that doesn’t mean the devices break down after two years,” Tetek said, adding:

“At conferences we regularly meet users who still use the first edition from 2013. In general Trezor devices are very durable and the fault rate is minimal.”

The exec emphasized that users can break, lose or damage their devices, but they will keep their Bitcoin (BTC) if they keep their recovery seed backup intact.

According to Ledger, another major cold wallet provider, the lifespan of a cold wallet is “really long,” but is not something that the firm can estimate. “Devices are designed to last. Sometimes issues come up as with every product, but people should be able to bury them,” a spokesperson for the firm told Cointelegraph.

According to some hardware wallet providers, card-based cold wallets can last for dozens of years or never expire at all.

Recent: Into the storm: The murky world of cryptocurrency mixers

Andrey Kurennykh, CEO at the SBI-backed cold wallet firm Tangem, suggested that their card-like hardware wallet has the same lifespan as the underlying Samsung S3D350A secure element. “Samsung claims that they have a lifespan of more than 25 years. Since there are no other hardware components in Tangem wallets, we consider this to be the lifespan of the whole device,” Kurennykh said in an interview with Cointelegraph.

As hardware wallets might never require a user to upgrade the device, how do cold wallet firms keep running operations, given that such companies have to spend significant resources to provide long-time support for their customers?

Many hardware wallet providers have been forced to expand their support staff in order to meet increasing demand for cold wallet devices.

“We have significantly scaled up our support team, which has been important to us considering recent events in the crypto industry and the increase in people moving to self-custody,” the Ledger spokesperson said.

A number of wallets have also introduced new support solutions including self-help tools and chat bots, allowing them to more easily handle frequently recurring requests like implementing an e-commerce API. “This helps to handle unexpected surges in inquiries such as that experienced in the recent FTX collapse,” Trezor’s Tetek said, adding that the firm has also been actively adding videos on solving the most common issues and difficulties.

All the companies that are involved in manufacturing hardware crypto wallets have multiple revenue streams, either directly or indirectly, according to comments from industry executives.

“Ledger isn’t just a hardware company, we’re a software company as well with Ledger Live,” a representative said, adding that its revenue comes from not only selling Ledger devices but also through services on Ledger Live.

Ledger has also been actively expanding its devices, launching a total of seven different cold wallets since 2014. Ledger’s latest wallet, developed in collaboration with iPod Classic creator Tony Fadell, is priced at $279, which is $200 higher than the cost of the previous Ledger wallet.

Rival firm Trezor doesn’t offer any financial services and doesn’t levy any fees on using its Trezor Suite app, Tetek said. At the same time, its sister firm, Invity, enables Trezor users to buy and sell Bitcoin (BTC) and other crypto currencies directly from the Trezor Suite, he said, stressing that the firm is a separate business from Trezor.

According to Tangem’s Kurennykh, the firm has several revenue streams, with as much as 70% of the company’s revenue coming from hardware wallet sales. About 20% of revenues come from third-party services fees like on-ramp and off-ramp exchanges, while 10% is generated through white-label wallet sales, Kurennykh said. The company is also working on its own non-custodial payment solution, which is expected to make another additional revenue stream.

Ruben Merre, co-founder and CEO at Binance-backed crypto wallet Ngrave, also told Cointelegraph that the firm’s revenue is mostly generated from product sales. However, there are areas for additional revenue streams, including a transaction fee for a fiat-crypto onramp. “The user can then buy crypto directly from the hardware wallet app […] The hardware wallet manufacturer may charge a transaction fee for this process,” Merre said.

Additionally, a number of cold wallets also participate in affiliate or promotion programs in cooperation with crypto services and exchanges.

As none of the existing hardware wallet companies are public, there is no readily available data on the revenues coming from their business. All the hardware wallet firms interviewed by Cointelegraph declined to provide any figures related to their financial information, citing their status as a private company.

At the same time, the executives reiterated that the collapse of the FTX exchange in November has driven massive sales and traffic to hardware wallet platforms.

Related: ​​Was the fall of FTX really crypto’s ‘Lehman moment?’

“We can say that we have sold over 1 million devices, and we are experiencing record sales after the recent FTX collapse,” Trezor’s Tetek also noted.

As previously reported by Cointelegraph, the hardware wallet industry had been estimated to grow at a faster pace than exchanges, even before the FTX crash. But despite self-custody being one of the genuine purposes of crypto, investors should still be aware of the risks associated with storing coins by themselves.

Is DeFi back? GMX rallies toward all-time high and LOOKS price gains 30%

‘You can commit fraud in shorts and T-shirts in the sun,’ says SDNY attorney on SBF indictment

What is a crypto index fund, and how to invest in it?