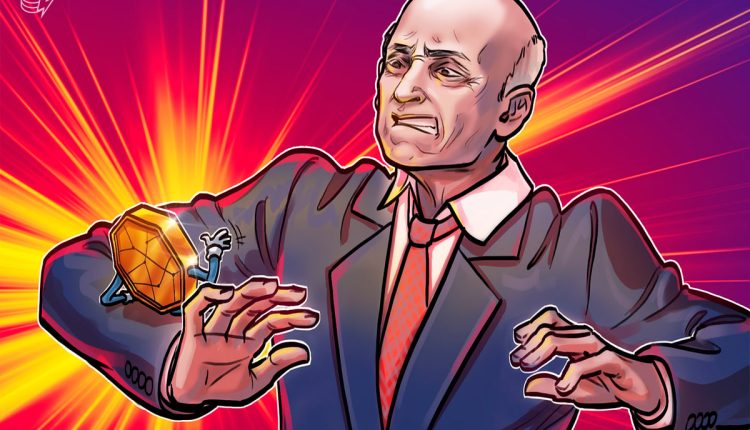 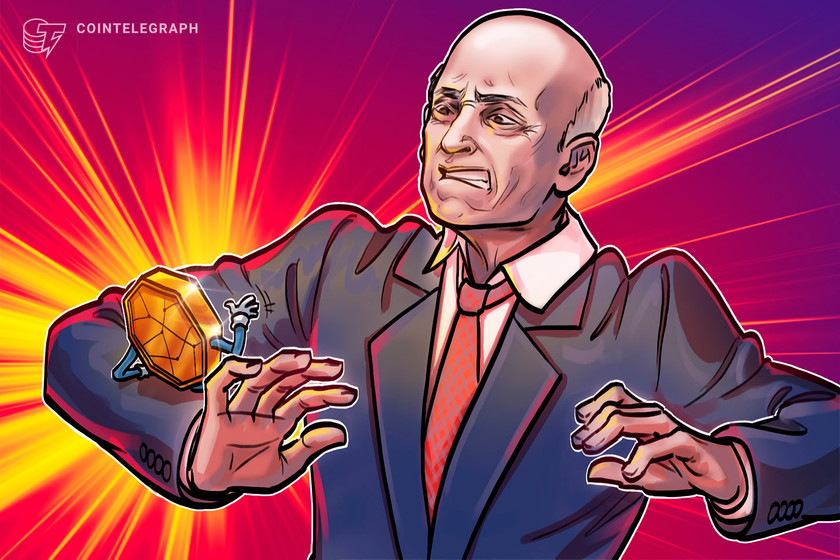 Since taking over at the United States Securities and Exchange Commission (SEC), chairman Gary Gensler has repeatedly been referred to as the “bad cop” of the digital asset industry. To this point, over the past 18 months, Gensler has taken an extremely hard-nosed approach toward the crypto market, handing out numerous fines and enforcing stringent policies to make industry players comply with regulations.

However, despite his aggressive crypto regulatory stance, Gensler, for the most part, has remained mum about several key issues that digital asset proponents have been talking about for a long time. For example, the SEC has still failed to clarify which cryptocurrencies can be considered securities, stating time and again that most cryptocurrencies in the market today could be classified as such.

Gensler has also noted previously that there already exists a plethora of laws offering enough clarity in regard to the regulation of the crypto market. In a recent interview with Bloomberg, said that for crypto investors to get the protections they deserve, intermediaries such as crypto trading and lending platforms need to align with the compliance requirement set forth by the SEC:

“Nothing about the crypto markets is incompatible with the securities laws. Investors have benefitted from nearly 90 years of well-crafted protections that provide investors the disclosure they need and that guard against misconduct like misappropriation of customer assets, fraud, manipulation, front-running, wash sales, and other conflicts of interest that harm investors and market integrity.”

Since April 2021, Gensler has fined a series of crypto companies and promoters for securities violations, with companies like BlockFi having to cough up as much as $100 million in penalties for registration failures.

Similarly, in July, the SEC filed an insider-trading lawsuit against a former Coinbase employee, claiming that a total of seven crypto assets being offered by the trading platform were unregistered securities. Not only that, as per public filings, the agency is reportedly scrutinizing the various processes employed by Coinbase in terms of choosing which cryptocurrencies to offer its clients.

Since becoming the head of the SEC, criticisms surrounding Gensler’s seemingly aggressive approach toward crypto regulation have ramped up quite a lot. For example, late last year, Coinbase CEO Brian Armstrong revealed that the SEC had prevented his firm from releasing a new feature, barring users from earning interest on their crypto assets.

In this regard, the SEC issued a “Wells notice” against Coinbase, which in its most basic sense is a document informing the recipient that the agency is planning to bring enforcement actions against them.

To get a better overview of the situation, Cointelegraph reached out to Slava Demchuk, CEO of a United Kingdom-based Anti-Money Laundering (AML) service AMLBot and crypto wallet AMLSafe. In his view, Gensler and the SEC haven’t provided clear guidance for crypto companies on things like registration and compliance and have been unable to make crypto compliance attractive and accessible to market participants. He added:

“It looks like the SEC is focused on all the wrong things, and as a result, the crypto industry is suffering from cases like FTX. And while it is easy to find a balance between regulation and innovation, I concede that it is important to introduce regulations asap; otherwise, investors and users will lose trust in the industry.”

A somewhat similar opinion is shared by Przemysław Kral, CEO of cryptocurrency exchange Zonda Global, who believes that Gensler’s approach to crypto regulation certainly raises many questions, particularly in light of the recent market turmoil. He told Cointelegraph that because Gensler’s actions had already been challenged in the months following up to the FTX collapse, the ongoing criticism against him is being further validated.

“As a key individual responsible for protecting U.S customers against securities fraud, there’s little doubt that his approach has failed to some degree. Any regulatory framework that fails to protect customers in the first instance should be considered antithetical to promoting growth within an industry,” Kral noted.

With a slew of collapses — FTX, Celsius, Vauld, Voyager and Terra — within the last six-odd months, the overall effectiveness of crypto regulations in the United States has been called into question by a number of prominent lawmakers, including U.S. Representative Tom Emmer, who recently expressed his concern regarding Gensler’s crypto oversight strategy.

Since the turn of the year, Emmer has been quite vocal about the SEC’s “indiscriminate and inconsistent approach” toward the digital asset sector, with the Congressman noting that earlier in March, he had been approached by representatives of various crypto and blockchain firms who told him that Gensler’s elaborate reporting requests were not only extremely burdensome and unnecessary but are also having a direct effect on the innovation emanating from this rapidly evolving sector.

It is also worth noting that Emmer recently asked the SEC to comply with the standards established in the Paperwork Reduction Act of 1980, a legislation meant to reduce the total amount of paperwork burden imposed by the federal government on private businesses and citizens. “Congress shouldn’t have to learn the details about the SEC’s oversight agenda through planted stories in progressive publications,” he said.

Lastly, earlier in September, Gensler introduced a new rule requiring all crypto intermediaries — including exchanges, broker-dealers, clearing agents, and custodians — to be registered with the SEC. This decision was met with much backlash, including that from prominent Republican party senator Pat Toomey.

In his view, the SEC has failed to provide any sort of regulatory clarity for the crypto industry while also accusing the regulatory agency of “being asleep at the wheel,” especially as prominent projects like Celsius Network and Voyager Digital have continued to collapse like dominos all through the summer, leaving hundreds of thousands of clients without access to their hard-earned money.

Is the chairman’s future in jeopardy?

Approximately eight months ago in March, ex-FTX CEO Sam Bankman-Fried was joined by Gary Gensler on a video call regarding the now-defunct exchange being given the regulatory green light in the United States without facing the threat of any fines (primarily for violating securities rules.)

And while the deal did not come to fruition, FTX’s fall from grace has called into question Gensler’s future as the SEC’s head and his general effectiveness, especially since Bankman-Fried was able to gain access to the elites of Washington while running an off-shore firm promoting risky trading schemes and dipping into its customers’ accounts to fund other investments.

In fact, Emmer claims that Gensler might have been in cahoots with Bankman-Fried and the rest of his team, tweeting on Nov 11:

Interesting. @GaryGensler runs to the media while reports to my office allege he was helping SBF and FTX work on legal loopholes to obtain a regulatory monopoly. We’re looking into this. https://t.co/SznowgcP6V

In essence, FTX’s collapse has set in motion a completely new level of inquiry into Gensler’s crypto outlook. To this point, details of Gensler’s public meeting schedule containing multiple sessions with Bankman-Fried recently made their way online — some dating to October, just a month before FTXs downfall — resulting in many crypto enthusiasts claiming that Gensler might have been cozying up to a potential criminal responsible for defrauding investors of billions of dollars.

In fact, some people argue that if the SEC had struck a deal with FTX, it would have provided the latter with a regulatory monopoly over the digital asset market and given Bankman-Fried the power to dominate the crypto exchange landscape.

What’s next for the SEC and crypto?

With Gensler pursuing a highly regulated approach toward the crypto market, it appears that the coming few months could be extremely rough for the industry. For starters, the two-year-long battle between SEC and Ripple seems to finally be coming to a conclusion, with a judgment expected to come soon.

The case could have major ramifications for the market at large since Ripple’s native crypto offering, XRP (XRP), is currently in the top 10 digital assets by total capitalization. The dispute between the SEC and Ripple started back in December 2020, when the regulator alleged in court that Ripple’s executive brass had raised a whopping $1.3 billion by offering XRP as unregistered securities.

Therefore, as we head into a future driven by decentralized tech, it will be interesting to see how Gensler and the SEC continue to navigate this fast-evolving space, especially given the fact that the number of people investing in cryptocurrencies has been growing at a rapid rate over the last couple of years.