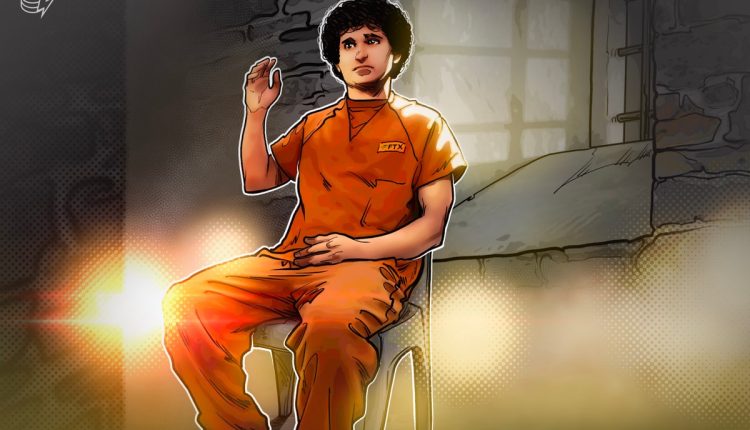 Sam Bankman-Fried has been arrested by authorities in the Bahamas at the request of the U.S. government, just a day before the disgraced former FTX CEO was due to testify before Congress.

Bankman-Fried was arrested by the Royal Bahamas Police Force following a formal notification from the United States government that it has filed criminal charges against him, according to a Dec. 12 statement from the Bahamas Attorney General (AG) and Minister of Legal Affairs, Ryan Pinder.

The U.S. will likely request the extradition of Bankman-Fried, with Pinder stating that the Bahamas will “promptly” process any extradition request.

Bahamian Prime Minister Philip Davis said in a statement that both countries have “a shared interest in holding accountable all individuals associated with FTX who may have betrayed the public trust and broken the law.

A Dec. 12 tweet from the U.S. Attorney’s Office for the Southern District of New York said authorities in the Bahamas arrested Bankman-Fried based on a sealed indictment it filed that it plans to unseal “in the morning.”

USA Damian Williams: Earlier this evening, Bahamian authorities arrested Samuel Bankman-Fried at the request of the U.S. Government, based on a sealed indictment filed by the SDNY. We expect to move to unseal the indictment in the morning and will have more to say at that time.

Bloomberg reported on Dec. 10 that prosecutors from New York, FBI agents and regulators met with FTX’s lawyers to discuss the documentation that investigators want to obtain.

The U.S. Department of Justice (DOJ) was “closely” examining whether FTX improperly transferred hundreds of millions around the same time as the company declared bankruptcy on Nov. 11.

Bahamian authorities were similarly undertaking their own “active and ongoing” investigation into FTX as announced on Nov. 27 by Pinder that involved the country’s Securities Commission, the Financial Intelligence Unit and the police’s financial crimes unit.

Bankman-Fried’s arrest comes a day before he was expected to appear remotely to testify before the House Committee on Financial Services in a hearing investigating the collapse of the exchange.

$75M worth of FTX’s political donations at risk of being recalled due to bankruptcy: Report