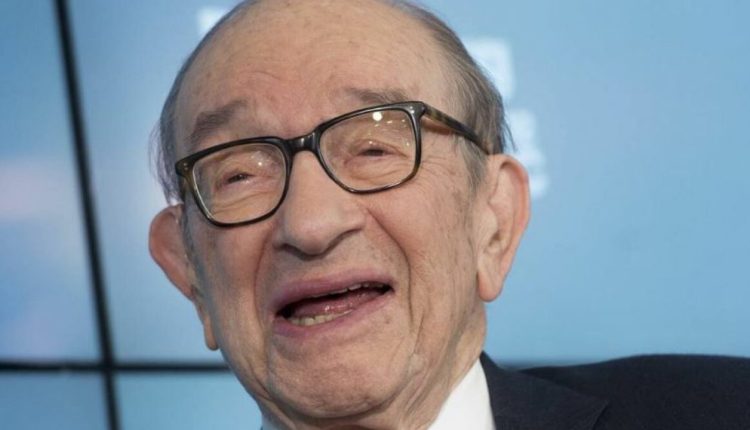 On Nov. 2, 2022, the American economist and 13th chairman of the U.S. Federal Reserve, Alan Greenspan, published an opinion editorial that says he envisions a monetary “tailwind” for the U.S. dollar next year. Greenspan expects this to happen even if the Fed decides to pivot its restrictive monetary policy to lower rate hikes or absolve them altogether.

Greenspan Discusses Gresham’s Law and the Monetary ‘Tailwind’ Behind the U.S. Dollar

Alan Greenspan shared his opinion on Wednesday in a blog post called “Gresham’s Law.” The former Federal Reserve chair described Gresham’s law in his op-ed, and he noted that it can be “colloquially simplified to ‘bad money drives out good.’” Greenspan now serves as a senior economic adviser to Advisors Capital Management, and he believes a strong wind blowing in the direction of the greenback will continue to bolster the U.S. dollar.

“Even if, as some prognosticators expect, U.S. inflation crests in the first half of 2023, and the Federal Reserve can slow or even stop the pace of rate increases, the U.S. dollar will still have a monetary tailwind to support it,” Greenspan wrote on Wednesday. He also said that fiat currencies have made examples of Gresham’s law a lot more scarce.

“No longer are there [differences] in intrinsic (commodity) value causing one currency to be favored over another,” Greenspan’s blog post details. “However, foreign exchange rates do reflect some of the forces Gresham originally recognized at work.”

The present strength in the U.S. dollar in relation to the other traditional reserve currencies is one example of market participants choosing to hoard what they view as “good money” – or at least better money.

Unlike the members of the United Nations, execs in the private sector, and U.S. politicians, Greenspan believes the Fed’s quantitative tightening (QT) schemes are helpful. The economic adviser further explained that while some people view the QT as restrictive, some have perceived the dollar’s disappearing act as a strong store of value (SoV). The greenback has rebounded during the past 24 hours after a slight slump earlier in the week, according to metrics associated with the U.S. Dollar Currency Index (DXY).

“The elephant in the room with respect to continued strength in the US dollar going forward may turn out to be the $95 billion per month reduction in the Federal Reserve’s balance sheet,” Greenspan’s op-ed further notes. “The fact that the supply of U.S. dollars can be expected to steadily decrease makes it a better store of value,” the former Fed chair added.

Greenspan’s commentary follows the recent fourth consecutive 75 basis point rate hike by the U.S. central bank, and Jerome Powell’s comments that followed when he said it would be “very premature” to slow down the rate hikes right now.

BNB Chain cools off after 24% surge, but strong fundamentals could back the next BNB rally

Canada to examine crypto, stablecoins, and CBDCs in new budget