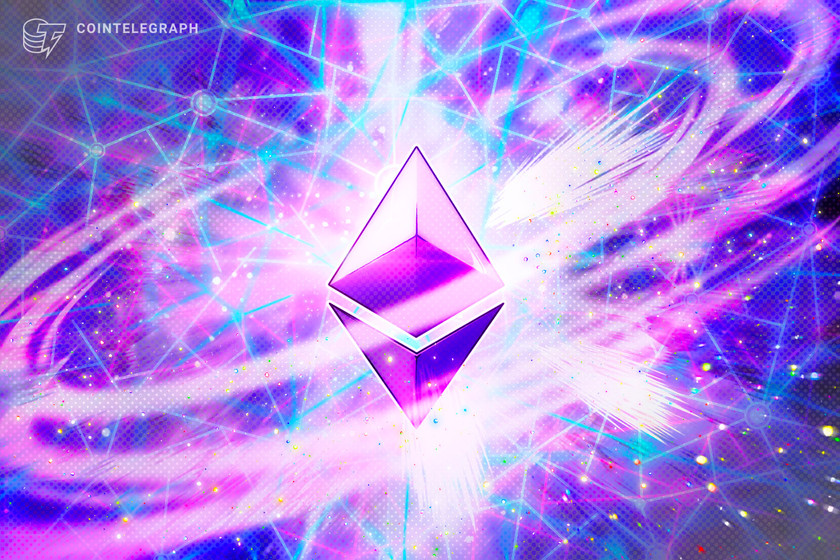 Bitcoin price consolidation could give way to gains…

Fantom wants to cut token burn rate by 75% to fund…

The milestone was announced by team lead Jorik Schellekens in an Oct. 9 Medium post.

Nethermind describes Warp as a “Solidity to Cairo Transpiler,” which enables Ethereum-based projects written in Solidity to transition its codebase onto StarkNet, allowing them to capitalize on cheaper fees.

Transpiling is the process of taking source code written in one programming language and transforming it into another language that has a similar level of abstraction.

In this case, Warp transpiles Solidity code to Cairo — the programming language used to write applications on StarkNet.

The Warp plugin is still technically under development, according to Schellekens, but he added that Nethermind will soon have “Uniswap’s entire test suite running against a Uniswap implementation deployed on StarkNet.”

The milestone came following StarkNet’s new “contract creation from other contracts” capability, which is what enabled Warp to successfully transpile and deploy every Solidity file from Uniswap v3.

Schellekens noted the significance of this feat given the sheer size of Uniswap’s codebase, allowing projects of all sizes to get onto StarkNet:

“With Warp rapidly maturing, the barrier to entry for large and small projects alike to test out the capabilities of StarkNet is lowering.”

But, Warp’s Solidity to Cairo translation hasn’t been picture-perfect. Warp’s GitHub shows that there are still a number of Solidity functions that Nethermind developers haven’t figured out how to add to Cairo, while a few other key functions will either require “developer intervention” or will “likely never be supported” at all.

“We will continue working hard on features and repeat this experiment with a few other protocols, bringing new protocols to StarkNet at warp speed.”

StarkWare, the company behind StarkNet, teamed up with Nethermind in July 2021 to help build advanced features and infrastructure elements for StarkNet.

Nethermind and Warp are not affiliated with Uniswap.

Smart contract-enabled insurance holds promise, but can it be scaled?

Bitcoin price consolidation could give way to gains in TON, APE, TWT and AAVE

How smart crypto traders ‘got out’ before a 35% price drop