Could Bitcoin have launched in the 1990s — Or was it waiting for Satoshi? 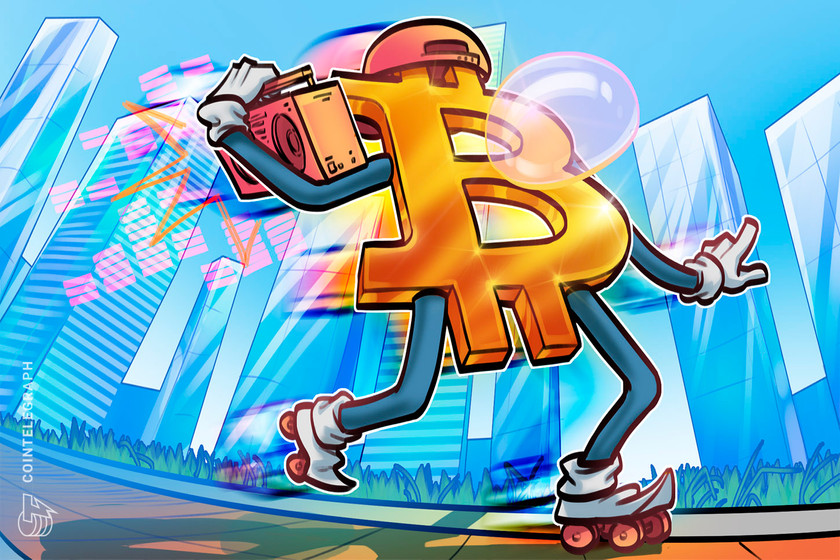 How stable are stablecoins in the FTX crypto market…

This year, Oct. 31 marked the 14th anniversary of the issuance of one of this century’s most consequential white papers — Satoshi Nakamoto’s “Bitcoin: A Peer-to-Peer Electronic Cash System.” Its 2008 publication set off a “revolution in finance” and “heralded a new era for money, one that did not derive its value from governmental edict but rather from technological proficiency and ingenuity,” as NYDIG celebrated in its Nov. 4 newsletter.

Many aren’t aware, though, that Satoshi’s nine-page white paper was met with some skepticism initially, even among the cypherpunk community where it first surfaced. This reluctance may be understandable since earlier attempts to create a cryptocurrency failed — David Chaum’s Digicash effort in the 1990s, for example — nor at first glance did it appear that Satoshi was bringing anything new to the table in terms of technology.

“It was technically possible to develop Bitcoin in 1994,” Jan Lansky, head of the department of computer science and mathematics at the Czech Republic’s University of Finance and Administration, told Cointelegraph, explaining that Bitcoin is based on three technical improvements that were available at that time: Merkle trees (1979), blockchain data structure (Haber and Stornetta, 1991) and proof of work (1993).

Peter Vessenes, co-founder and chief cryptographer at Lamina1 — a layer-1 blockchain — basically agreed: “We definitely could have been mining Bitcoin” in the early 1990s, at least from a technical perspective, he told Cointelegraph. The necessary cryptography was in hand:

“Bitcoin’s elliptic curve technology is mid-1980s technology. Bitcoin doesn’t need any in-band encryption like SSL; the data is unencrypted and easy to transfer.”

Satoshi sometimes gets credit for establishing the proof-of-work (PoW) protocol used by Bitcoin and other blockchain networks (though no longer Ethereum ) to secure digital ledgers, but here too, he had antecedents. “Cynthia Dwork and Moni Naor suggested the idea of proof of work to combat spam in 1992,” added Vessenes.

PoW, which is also effective in thwarting Sybil attacks, establishes a high economic price for making any changes to the digital ledger. As explained in a 2017 paper on Bitcoin’s origins by Arvind Narayanan and Jeremy Clark, “In Dwork and Naor’s design, email recipients would process only those emails that were accompanied by proof that the sender had performed a moderate amount of computational work — hence, ‘proof of work.’” As the researchers further noted:

Recent: Tokenization at the crossroads of the trucking industry to ensure efficient payments

“Computing the proof would take perhaps a few seconds on a regular computer. Thus, it would pose no difficulty for regular users, but a spammer wishing to send a million emails would require several weeks, using equivalent hardware.”

Elsewhere, “Ralph Merkle invented Merkle trees in the late 1980s — so we had hashing functions that were secure for the times,” Vessenes added.

So, why then did Satoshi succeed while others foundered? Was the world simply not ready for a decentralized digital currency earlier? Were there still technical limitations, like accessible computer power? Or maybe Bitcoin’s true constituency hadn’t yet come of age — a new generation distrustful of centralized authority, especially in light of the Great Recession of 2008?

David Chaum has been called “perhaps the most influential person in the cryptocurrency space.” His 1982 doctoral dissertation, Computer Systems Established, Maintained, and Trusted by Mutually Suspicious Groups, anticipated many of the elements that were to eventually find their way into the Bitcoin network. It also presented the key challenge to be solved, that is:

“The problem of establishing and maintaining computer systems that can be trusted by those who don’t necessarily trust one another.”

Indeed, an academic exploration of blockchain technologies’s origins by four University of Maryland researchers lauded “the 1979 work of David Chaum, whose vault system embodies many of the elements of blockchains.”

In an interview with Cointelegraph last week, Chaum was asked if Bitcoin really could have been launched 15 years earlier, as some contend. He agreed with the U. of Maryland researchers that all the key blockchain elements were already present in his 1982 dissertation — with one key exception: Satoshi’s consensus mechanism:

When pressed for specifics, Chaum was reluctant to say much more other than that the 2008 white paper described a “somewhat ad hoc… crude mechanism” that actually “could be made to work — more or less.”

Then “the next randomly appointed administrator would take over, double check the previous block of records, and append their own block to it, forming a chain of blocks,” Lehdonvirta writes in Cloud Empires.

The reason for rotating miners, in Lehdonvirta’s telling, was to prevent the system’s administrators from becoming too entrenched and, thus, to avoid the corruption that inevitably comes with a concentration of power.

Even though PoW protocols were well known at this point, the specifics of Satoshi’s algorithm “really came out of nowhere… it wasn’t anticipated,” Chaum told Cointelegraph.

Vinay Gupta, founder and CEO of startup Mattereum, who also helped to launch Ethereum in 2015 as its release coordinator, agreed that most of Bitcoin’s key components were available for the taking when Satoshi came along, though he differs on some of the chronology. “The parts themselves were simply not ready until at least 2001,” he told Cointelegraph.

“Bitcoin is a combination of three fundamental breakthroughs on top of public key cryptography — Merkle trees, proof-of-work and distributed hash tables,” all developed before Satoshi, said Gupta. There were no problems with network hardware and computer power in the 1990s either. “It’s the core algorithms that were the slow part […]. We just didn’t have all the core building blocks for Bitcoin until 2001. The cryptography was first, and the extremely clever networking layer was last.”

Garrick Hileman, a visiting fellow at the London School of Economics, also cited a later date for Bitcoin’s technical feasibility:

“I’m not sure the early 1990s is a strong claim as some of the prior work referenced in Satoshi’s white paper — e.g. Adam Back’s hashcash/proof of work algorithm — were developed and/or published in the late 1990s or thereafter.”

What about non-technical factors? Maybe Bitcoin was waiting for a demographic cohort that had grown up with computers/cell phones and distrusted banks and centralized finance generally? Did BTC require a new social-economic consciousness to flourish?

Alex Tapscott, a member of the Millennial generation, writes in his book Financial Services Revolution:

“For many of my generation, 2008 began a lost decade of structural unemployment, sluggish growth, political instability and a corrosion of trust and confidence in many of our institutions. The financial crisis exposed the avarice, malfeasance and plain incompetence that had driven the economy to the brink of collapse and had some asking, ‘How deep did the rot go?’”

In a 2020 interview with Cointelegraph, Tapscott was asked if Bitcoin could have happened without the financial upheaval of 2008. Given the “historically high unemployment rates in countries like Spain, Greece and Italy, there’s not much question that the ensuing lack of trust in institutions led many to view decentralized systems like blockchain more favorably,” he answered.

Lansky seemed to agree. There was no social need or demand for a decentralized payments solution in the 1990s “because we did not have enough experience with the fact that centralized solutions do not work,” he told Cointelegraph.

“Bitcoin was undeniably a cultural product of its times,” added Vessenes. “We wouldn’t have a decentralized push without this DNA of mistrust of central government technology controls.”

Pulling it all together

Overall, one can go back and forth arguing about who contributed what and when. Most agree, though, that most of the pieces were in place by 2008, and Satoshi’s real gift may have been how he was able to pull it all together — in just nine pages. “No single part of Bitcoin’s fundamental mechanics is new,” Gupta reiterated. “The genius is in the combination of these existing three components — Merkle trees, hash cash and distributed hash tables for the networking into a fundamentally new whole.”

But sometimes, the historical environment has to be propitious too. Chaum’s project failed “because there was not enough interest in this service” at the time, among other reasons, according to Lansky. Satoshi Nakamoto, by comparison, had perfect timing. “He came up with Bitcoin in 2008, when the classical financial system was failing,” and the founder’s vanishing from the scene in 2010 “only strengthened Bitcoin, because the development was taken over by its community.”

It should be remembered, too, that technological progress is almost always a collaborative effort. While Satoshi’s system seems “radically different from most other payment systems today,” Narayanan and Clark wrote, “these ideas are quite old, dating back to David Chaum, the father of digital cash.”

Satoshi clearly had forerunners — Chaum, Merkle, Dwork, Naor, Haber, Stornetta and Back, among others. Said Gupta: “Credit where credit is due: Satoshi stood on the shoulders of giants.”

How to stop your crypto community from imploding – Cointelegraph Magazine

How stable are stablecoins in the FTX crypto market contagion?