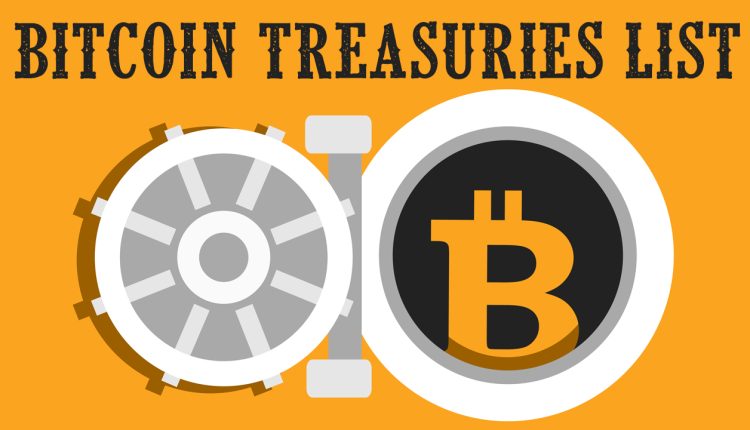 During the last two years, a number of public and private companies, exchange-traded products (ETPs), and countries have added bitcoin to their balance sheet. However, during the last nine months of 2022, the number of bitcoin stored in these types of treasuries dropped by 57,481 bitcoin, worth around $1.1 billion using today’s exchange rates.

$1.1 Billion Worth of Bitcoin Has Been Removed From the Treasuries List

At the time, the 1.501 million BTC was worth $63.25 billion using exchange rates on January 2, 2022. The largest change during the last nine months was Tesla’s balance sheet, which saw 32,177 BTC removed from the firm’s treasury.

While firms like Tesla unloaded BTC, the list also shows a few companies increasing their stash. For instance, Microstrategy had 124,391 BTC on January 2, 2022, and today, the company holds approximately 130,000 BTC.

Microstrategy’s cache grew by 4.51% since the start of the year. Tesla’s balance sheet, on the other hand, saw a decrease of around 75% of its bitcoin holdings.

Out of the 21 million supply, the BTC held by GBTC represents 3.065% and GBTC’s cache further equates to 44.57% of the 1.44 million BTC in treasuries today. Out of all 60 entities that hold BTC on their balance sheets, only four entities hold more than 100,000 BTC.

Statistics for the current bitcoin treasuries list mentioned in this article are derived from the web portal buybitcoinworldwide.com, and archive.org metrics saved on January 2, 2022, from the same website.